The faster a gyroscope precesses, or rotates about its gimbal axis, the higher its peak torque value. However, this faster precession speed significantly reduces the amount of time the peak torque can be applied. The wave energy that creates boat roll is not instantaneous; it is applied to the boat in a sinusoidal manner with wave periods of 2.0 to 10+ seconds. Because of this sinusoidal application, the most effective use of a gyroscope’s angular momentum is to spread the torque over a period of time that matches the wave period . Gyroscopic torque (τ) is the product of angular momentum (L) and gyro precession rate ( p) in degrees per second.

Boat natural roll periods can vary from 2.3 seconds on small boats to as much as 7.0 seconds on mega yachts. In order to eliminate boat roll, a gyroscope must be able to provide stabilizing torque throughout this entire roll cycle, an output which is measured in angular momentum. Using the example above for a gyroscope rated at 6,000 N-m-s of angular momentum, quoting peak torque values above 15,690 N-m is misleading as boats in this size range (~40 to 49 ft.) rarely exhibit a natural roll period below 2.5 seconds.

Seakeeper has studied various boat operating conditions both theoretically, using motion simulations, and experimentally on more than 1,000 sea trials. Every aspect of Seakeeper’s design has been engineered to maximize efficiency in eliminating boat roll. The key innovations of the Seakeeper system — the vacuum chamber, high speed bearings, electronic active control, and patented liquid cooling system — are state-of-the-art and represent the level of sophistication  that consumers expect. Because of these unique innovations, Seakeeper has set the standard for stabilization. 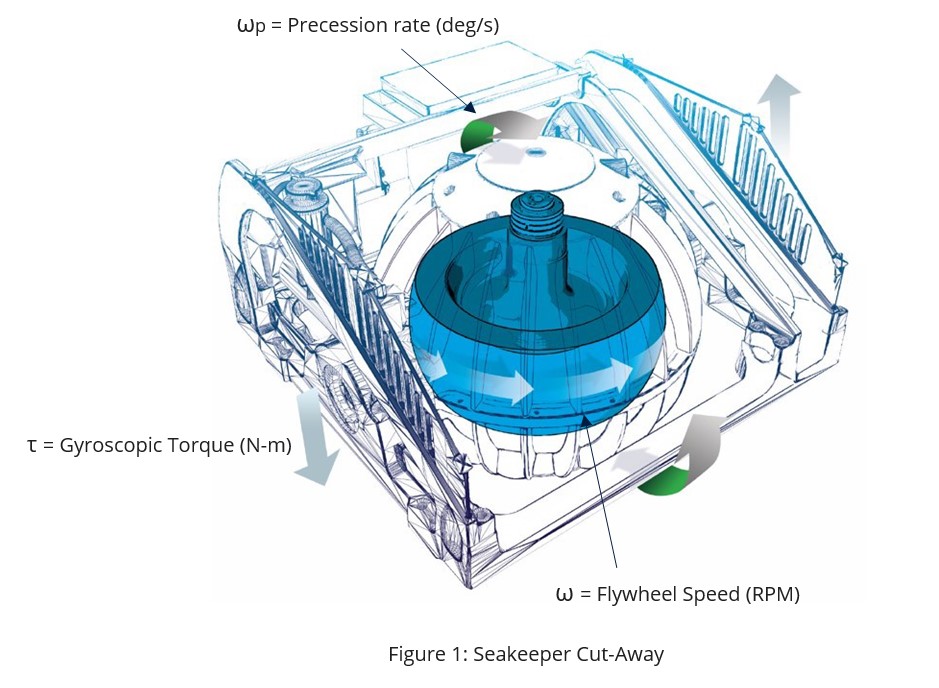