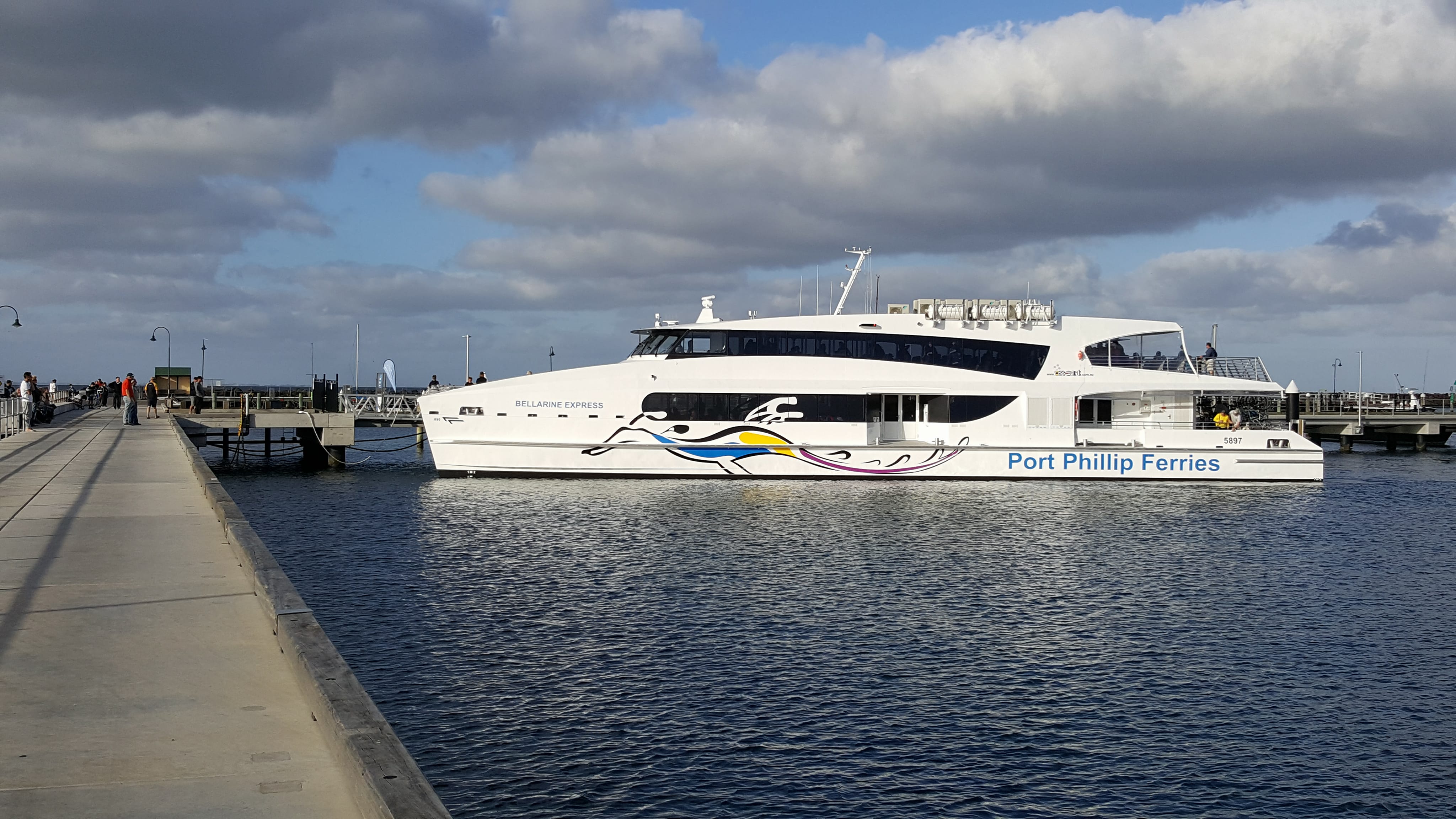 Twin Disc Pacific is proud to be the choice of Incat Tasmania, a specialist in the construction of highspeed lightweight catamarans, including the latest high-tech craft, the 33-metre Manly fast ferry currently under construction, and the 13th vessel Twin Disc Pacific has been involved with.

Building on a relationship that began in 2012, Twin Disc Pacific has supplied Quickshift marine gears and controls for many Incat catamarans up to 35-metres.

Other projects Twin Disc has collaborated on include MV Ina (Mona Roma) a 34-metre vessel which Incat Tasmania completed in 2012.

Mona Roma operates on the Derwent River between Hobart Harbour and Mona Museum. The MR1 has two Caterpillar C32 with MGX 6620-2.03 with 3 station EC300 Powershift controls.

These were followed in 2015 by two, significantly larger 33-metre Manly Fast ferries, with the same power train components as the 24 metre vessels.

Between 2016 and 2017, Transport for NSW commissioned six 34-metre Heritage Class vessels, each powered by two Yanmar 6AYG-EM and Twin Disc MGX6599 2.45, 3 station EC300 Powershift controls with back up.  The ferries are operated under the Sydney Ferries banner.

Incat Tasmania engineers, in conjunction with the ship owners, identified the Twin Disc gearbox and Powershift control system as the best option for the power train requirements of the 24-metre, and 33 to 35-metre ferries built for both the Sydney and Melbourne operations.

Incat’s shipyard is on Prince of Wales Bay at Derwent Park near Hobart, Tasmania, Australia. The facility incorporates more than 70,000m² of undercover production halls, with two dry-dock areas capable of accommodating up to six vessels under construction.