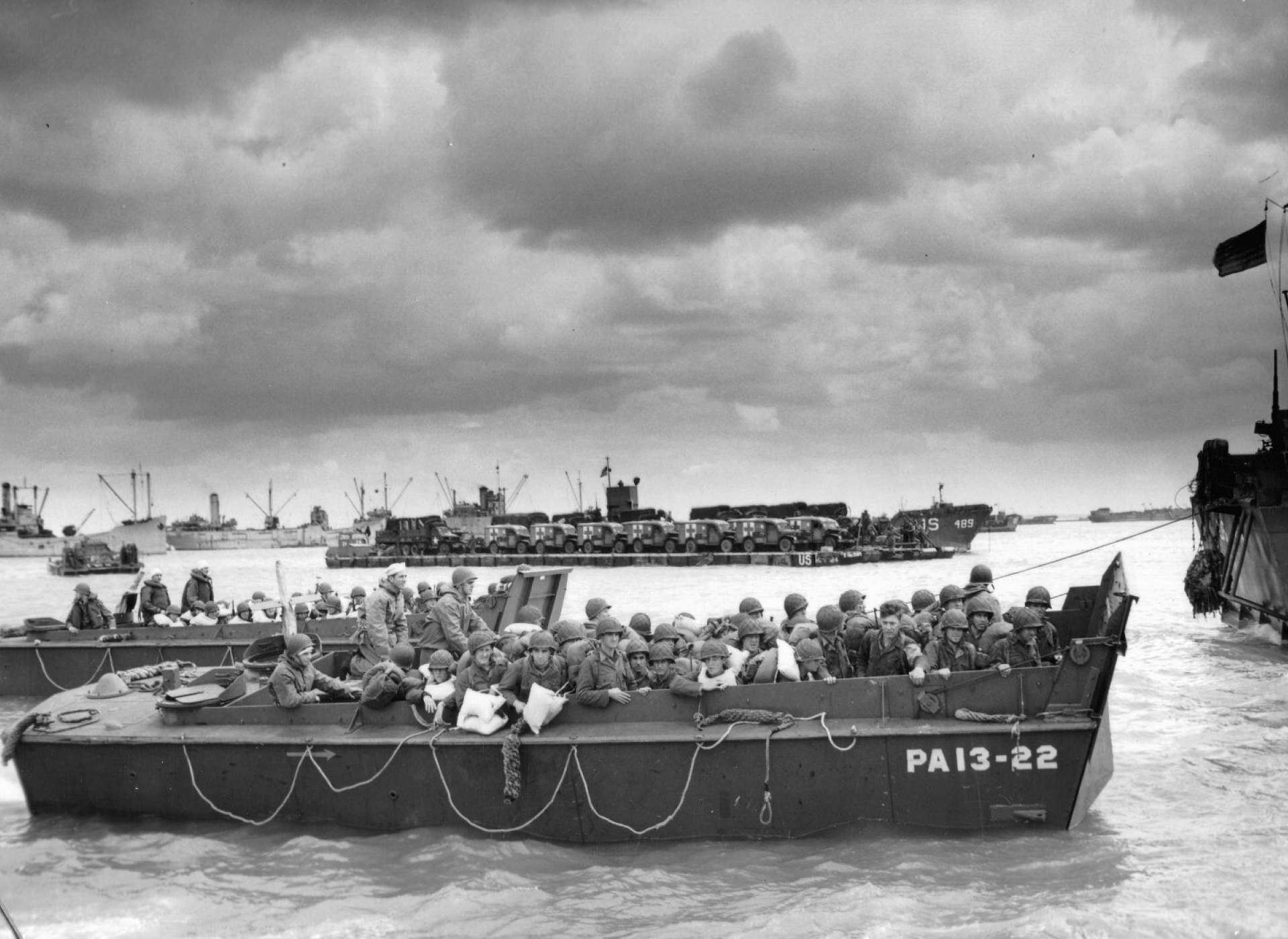 Along with radar, bombsight gyroscopes and Nylon, one piece of crucial technology gave the Allies the edge in WWII and has been credited as the advance that secured victory: the Higgins boat, with Twin Disc marine transmissions.

This ingenious vessel enabled the Allies to launch the surprise attack on Normandy.

When WWII broke out, Twin Disc won the Navy’s contract for marine transmissions on more than 20,000 Higgins landing craft.

The utilitarian and rugged Higgins Boat was conceived by American inventor Andrew Higgins. Working in the timber industry, Higgins always had an interest in boats, building his first in his garage before he was a teenager and then developing an extremely low-draft boat to transport lumber from in a shallow waterway.

He undertook a correspondence course in naval architecture and in the late 1930s, took ownership of a small shipyard in New Orleans. By then, Higgins’ special shallow-draft boat had become a vital piece of kit with loggers and oil drillers. They were “tunnel stern boats” whose magic was in the way the “hull incorporated a recessed tunnel used to protect the propeller from grounding,” according to the Louisiana Historical Association. 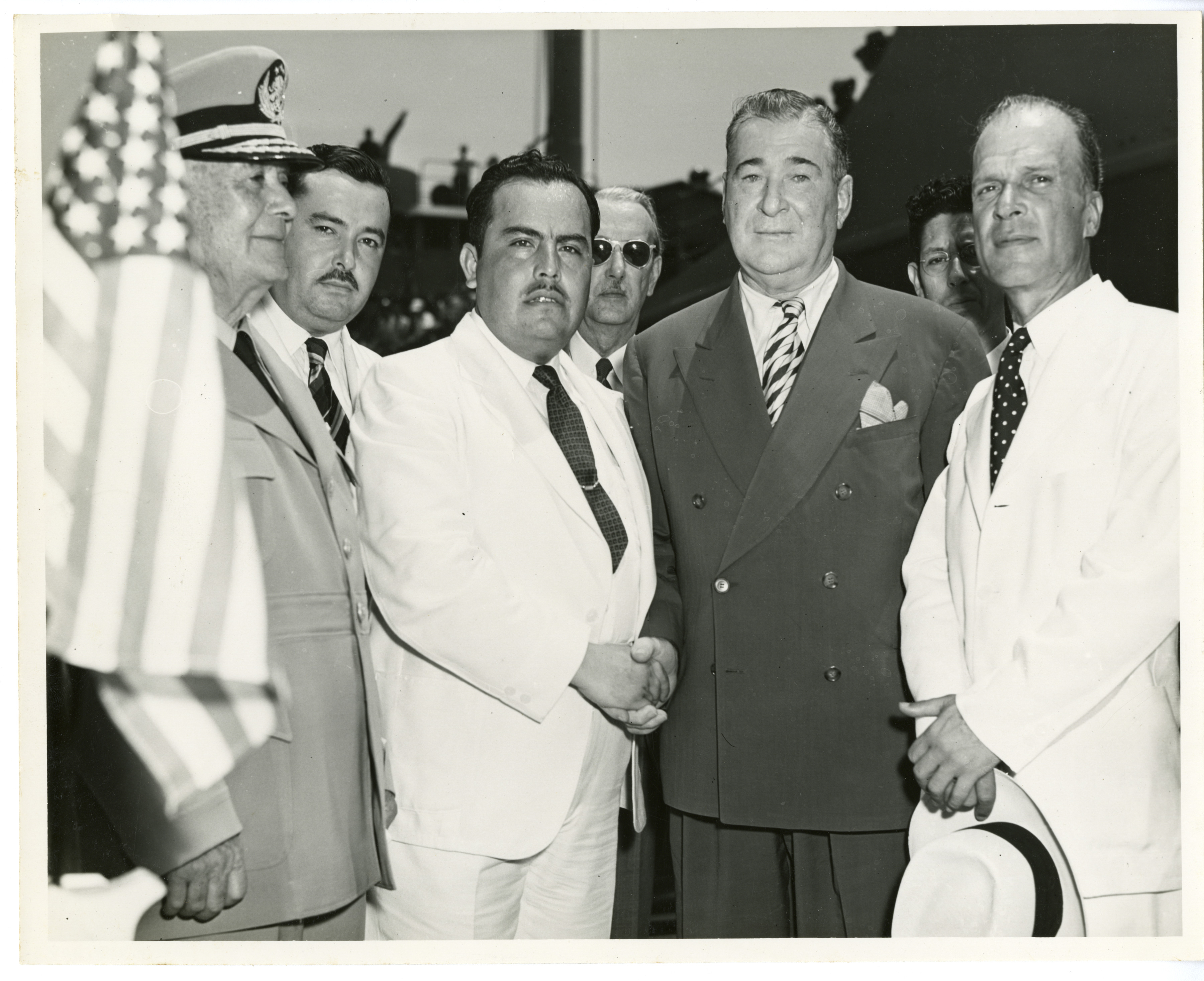 Higgins called it the “Eureka” boat. The war brought interest from US forces in a similar style vessel to attack unguarded beaches and avoid coming ashore at heavily defended ports. The Marines chose the Higgins boat, transforming Higgins’ company from a 50-employee business into one of the world’s largest manufacturers.

Though Eisenhower and even Hitler acknowledged the importance of the Higgins boat — military leaders came to call it “the bridge to the beach” — its builder went mostly unmentioned in histories of the war. That is, until 18 years ago, when the World War II Museum opened in New Orleans and recognized Higgins’s life, displaying a reproduction of his boat.

In the biography written by historian Jerry E. Strahan, titled “Andrew Jackson Higgins and the Boats that Won World War II”, he writes “Without Higgins’s uniquely designed craft, there could not have been a mass landing of troops on European shores or the beaches of the Pacific islands, at least not without a tremendously higher rate of Allied casualties.”

For Twin Disc, this year commemorating its 100th anniversary, excellent service during WWII earned the company the Army-Navy “E” Award, reinforced its reputation for reliability and expanded Twin Disc’s marine transmission applications to coastal fishing, shrimping, and transportation vessels all over the US.

Twin Disc continued to increase its transmission line throughout the 1950s to include more types of commercial vessels as well as pleasure craft.

In the following decades Twin Disc complemented this critical link between engine and propeller to include electronic controls, high-speed surface drives, the revolutionary QuickShift® transmission, propellers, joystick controls, various boat handling components and, most recently, a position holding system — all for application on shaft-line diesel-powered work boats and pleasure craft.

To mark it centenary, a wide range of local, national and international events kicked off in May and run throughout the year.

“This anniversary enables us to reflect on the inventiveness of the company’s founders and my predecessors, as well as the resilience and willingness to adapt, that has empowered Twin Disc to flourish for a century,” said John H. Batten, president and CEO of Twin Disc. “It’s also an opportunity to express our appreciation for our employees, customers, and the communities we work and live in.”

In the US, Twin Disc’s schedule of events is extensive, taking in boat shows and trade exhibitions nationwide. Subsidiaries in Australia, Belgium, India, Italy and Singapore will also host celebrations.

In August, Twin Disc will open its newly installed Heritage Gallery at its US headquarters. They will also host an international distributor meeting and participate in runs, parades and other community events.

“We look forward to all these opportunities to celebrate our history, and more importantly, the people who helped make Twin Disc what it is today,” Batten said. “It is my hope that these reflections encourage us to look toward our next 100 years and inspire the next generation of Twin Disc employees to imagine and develop new ways to continue to put horsepower to work.”