Gold Coast, Australia. (January 6, 2021) – Beginning in January 2021, Seakeeper, the leader in marine stabilization, will include Asia in the Pacific territory managed by Distributor and partner, Twin Disc Pacific. All of Seakeeper’s current Dealers and OEM boat manufacturing partners in the region will now be supported by Seakeeper’s largest Distributor for all sales, service, and marketing functions.

“We are ready and excited to expand our relationship with Seakeeper by growing our territory to include Asia,” said Twin Disc Pacific Managing Director Glenn Frettingham. “We look forward to welcoming new Dealers to our team and finding creative ways to support them to grow their businesses, as well as building new relationships with the boat builders offering Seakeeper as standard or optional equipment.”

“We’ve had a close and strong relationship with Glenn and the Twin Disc Pacific team right from the beginning,” said Seakeeper President & CEO Andrew Semprevivo. “We have full confidence that this transition will be smooth and beneficial for all parties, offering new growth opportunities to our current partners in Asia.”

Twin Disc Pacific joined the Seakeeper team in 2008 and has since sold over 450 Seakeepers in Australia and New Zealand. Twin Disc Pacific has exclusivity in the region, retaining sole responsibility for branding, marketing, sales and service to Seakeeper’s Pacific customers. The company leverages a similar business model to Seakeeper, which includes an established dealer network across the Pacific for refit installations and field service. Adding Asia to Twin Disc Pacific’s Territory will offer more personal, tailored support for Seakeeper’s Dealers on the continent, and will eliminate a more than 12 to 13 hour. time difference for current communication with Seakeeper’s U.S. based team.

Founded in 2003 by a successful entrepreneur and a naval architect, Seakeeper is the global leader in marine stabilization. Seakeeper’s innovative technology changes the boating experience by eliminating up to 95 percent of all boat roll, the rocking motion that causes seasickness, fatigue and anxiety. Since selling its first Seakeeper in 2008, the company has developed a growing catalog of models for an expanding range of boat sizes. Based in California, Maryland, USA, the company has more than 200 employees globally, based in the U.S., U.K., Italy, Germany and Spain. 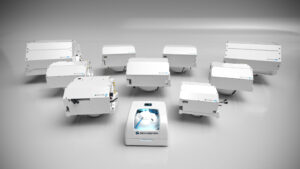 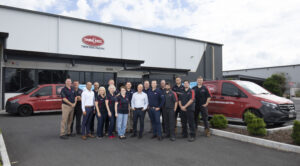