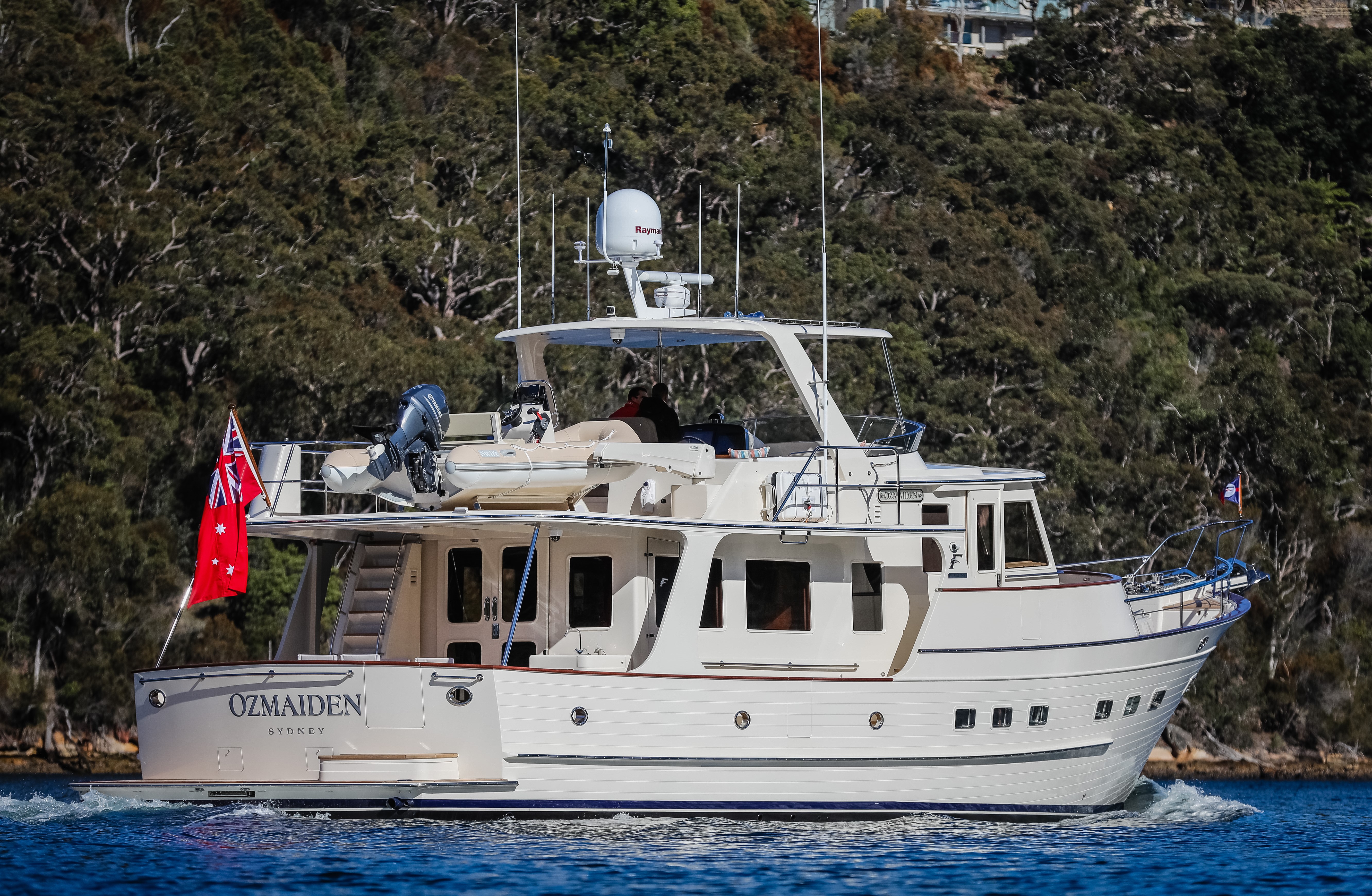 Described as “possibly the best cruising boat in class” and designed to be completely owner-friendly, the new Fleming 58 is a classic pilothouse trawler designed to suit a cruising couple with ambitions to live aboard for three to six months at a time and explore anywhere their fancy takes them.

With a full-beam master and two guest staterooms, she also is large enough to accommodate the extended family and friends.

Welcoming Hull #19 of the Fleming 58, known as ‘Rapture’ to Australia in 2017, Fleming Yachts Australia Manager, Sam Nicholas explained: “The 58 is a recent design, new from the keel up, and drawn by Norman R Wright & Sons in Brisbane whose expertise in designing semi displacement motor cruiser hulls is probably unrivalled in Australia.

“The 58 has the same attention to detail and the same quality of build we are used to from Fleming models, the 55, 65 and the 78. She was created to fill the gap between the 55 and the 65, and by popular demand has a full width master cabin below the pilot house and an engine room with full headroom. The standard specification contains a multitude of items that would be optional with many other builders such as stabilizers, thrusters, twin anchor winches, davit for tender and many more features for comfort and safety at sea.”

“The 58 boasts digital switching, a full array of the latest Raymarine navigational equipment, Twin Disc Joystick Control with Position Hold feature in addition to traditional electronic throttle and gear levers. She is super smooth and quiet at all rpm and even when shifting gears from forward into reverse.”

“The joystick controls both of the thrusters and the mains for precise maneuvering,” said Sam. “The impressive position hold feature means you simply press a button on the Twin Disc display panel and the system automatically controls both shafts and both thrusters to hold heading and GPS position – a very useful feature, especially when short-handed.” 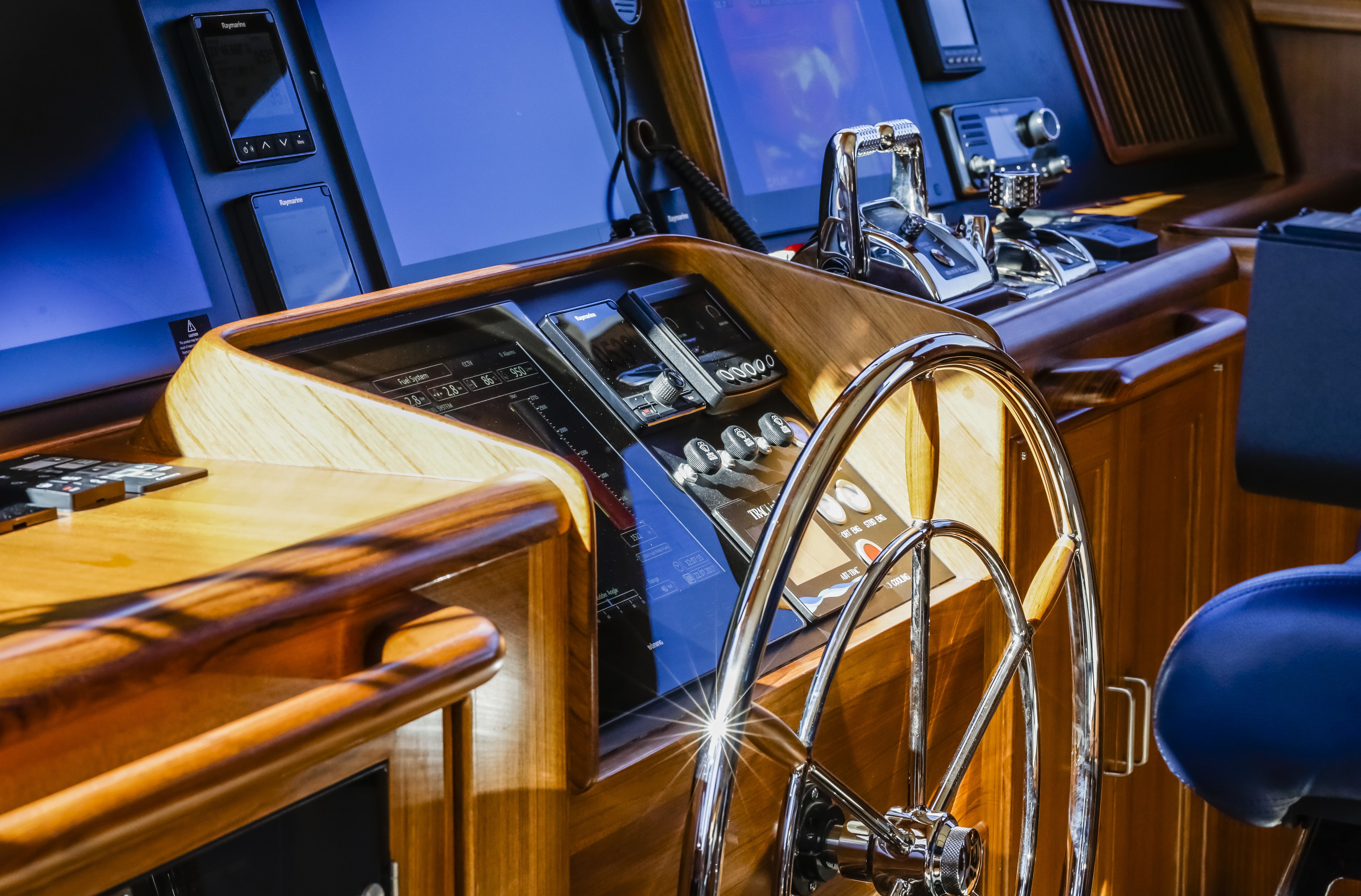 Developed over 14 years of research and development, the SeaTorque ‘Boss’ Enclosed Shaft System is an oil-filled, self-contained shaft and thrust bearing assembly, supplied exclusively by Twin Disc Pacific as a complete unit from transmission output coupling to propeller end.

The Boss further delivers unrivaled ruggedness in operation coupled with the lowest underbody drag of any system currently available.

Suited to commercial and recreational vessels from 30 to 200 feet, the Boss provides reduced friction, better efficiency and allows for the use of softer engine mounts reducing vibration. It bolts on to the hull transferring the thrust from the propellers to the hull and not back through the engine, meaning there is less pressure on the mechanical equipment.

The ecstatic owner of this impeccable vessel is already enjoying peaceful sojourns around her home berth on the waterways of the Gold Coast.

He admitted the first time he encountered the Twin Disc system was when he bought the 58.

“Would I have it again? In a heartbeat!” he asserted. “It’s the best thing ever of all the years I have been playing with boats – and that’s close to 50 years. It’s a total departure from the standard way of driving a boat, and once you get used to it, it’s magic! It really is another world!”

He continued “A boat this size and I can dock on my own. It’s so smooth and there’s absolutely no vibration. I pull up a few metres from the dock, put on the GPS positioning system, put out the fenders, and bring in into berth. Twin Disc takes all the stress out of it and makes life easy.

“I have been talking it up to my friends, when you get something good you want to yell about it.”

The Fleming 58, ‘Rapture’ will make its Queensland debut at the 2018 Sanctuary Cove International Boat Show, 24 to 27 May on Queensland’s Gold Coast. 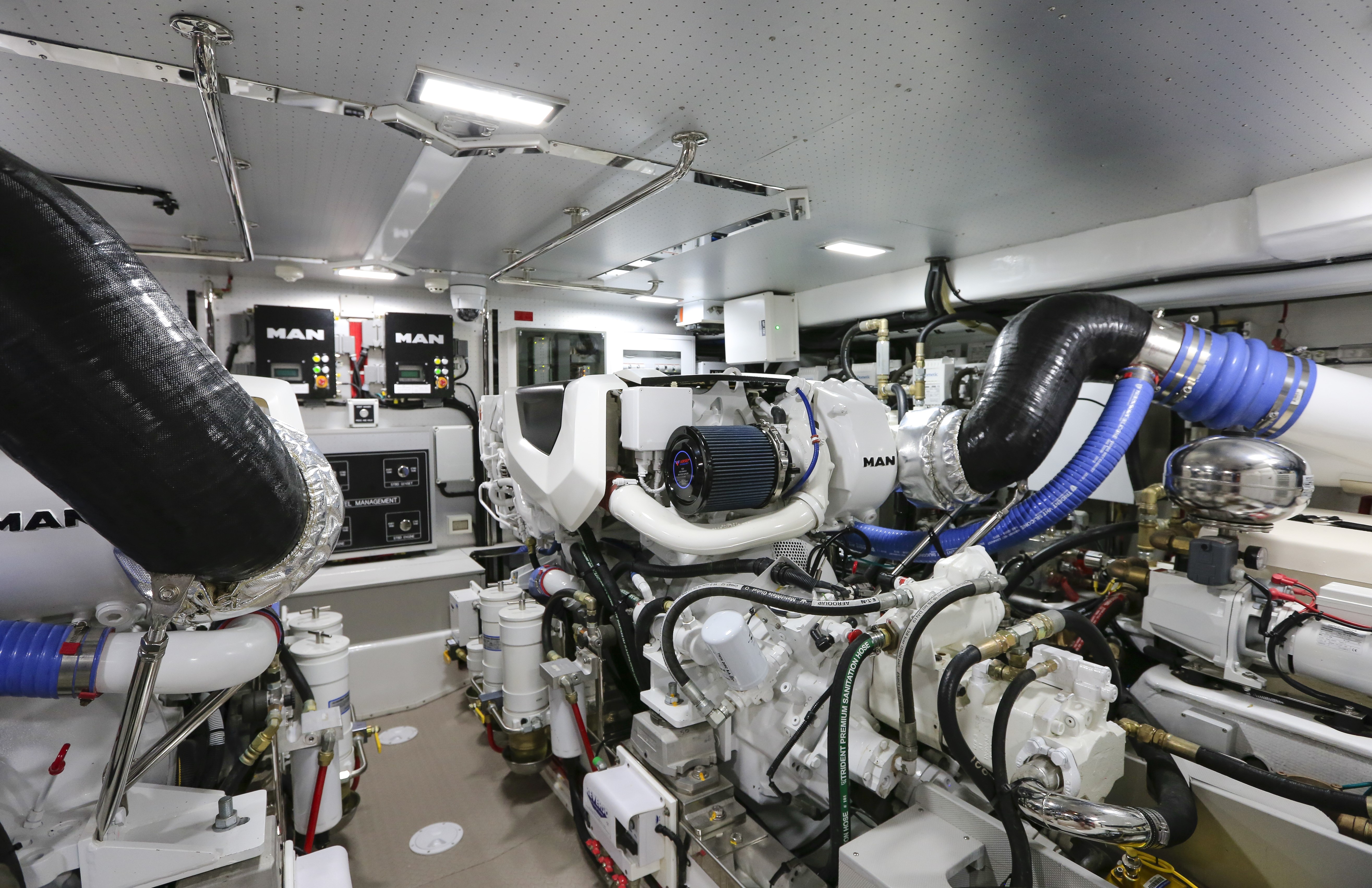 Fleming Yachts was founded in 1985 byTony Fleming, who had formerly worked for Grand Banks as its chief engineer and general manager of its yard in the Far East. In short, Fleming had a vision of building a long-range cruising yachts for a couple and family that could be lived aboard, that were seaworthy and relatively affordable. In order to build that kind of boat, he formed Fleming Yachts, shortly thereafter, he introduced the Fleming 55.

All Flemings have been built since 1985 at the family-owned Tung Hwa yard, located near Kaohsiung, Taiwan. Directed by British boat building experts, many of the craftsmen involved have been with the company since 1985. The yard is dedicated to Fleming yachts and produces around 18 per year. It has a test tank and each boat is placed there, or sea trialed, for extensive testing of all systems before the boat is shipped.