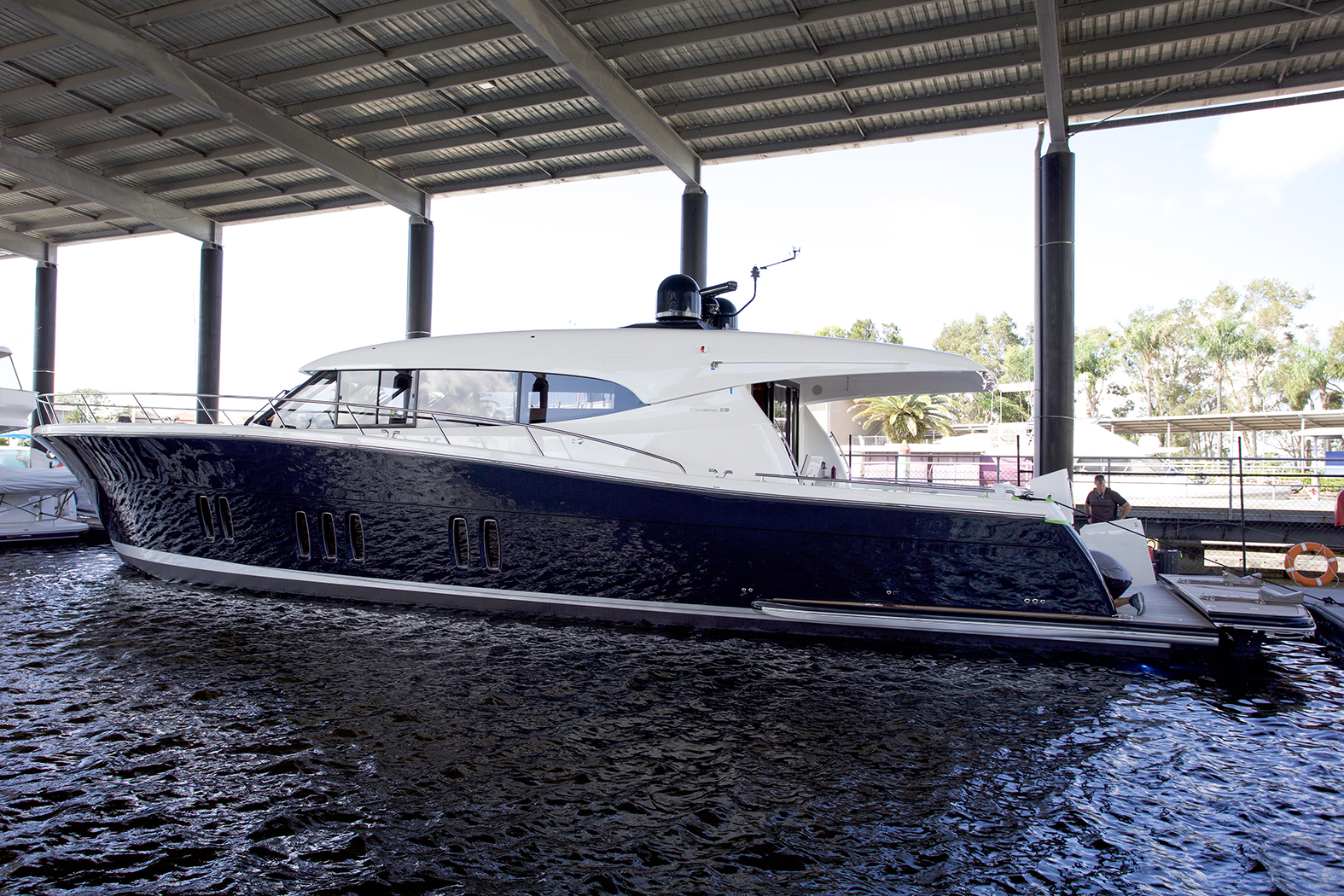 Boating legend, Bill Barry-Cotter has specified Twin Disc on his own Maritimo S70, ‘Moonshadow’, as has his son, Tom Barry-Cotter, offshore superboat champ and motor yacht designer, for the category-breaking new X60, both poised for launch at the 2018 Sanctuary Cove International Boat Show. 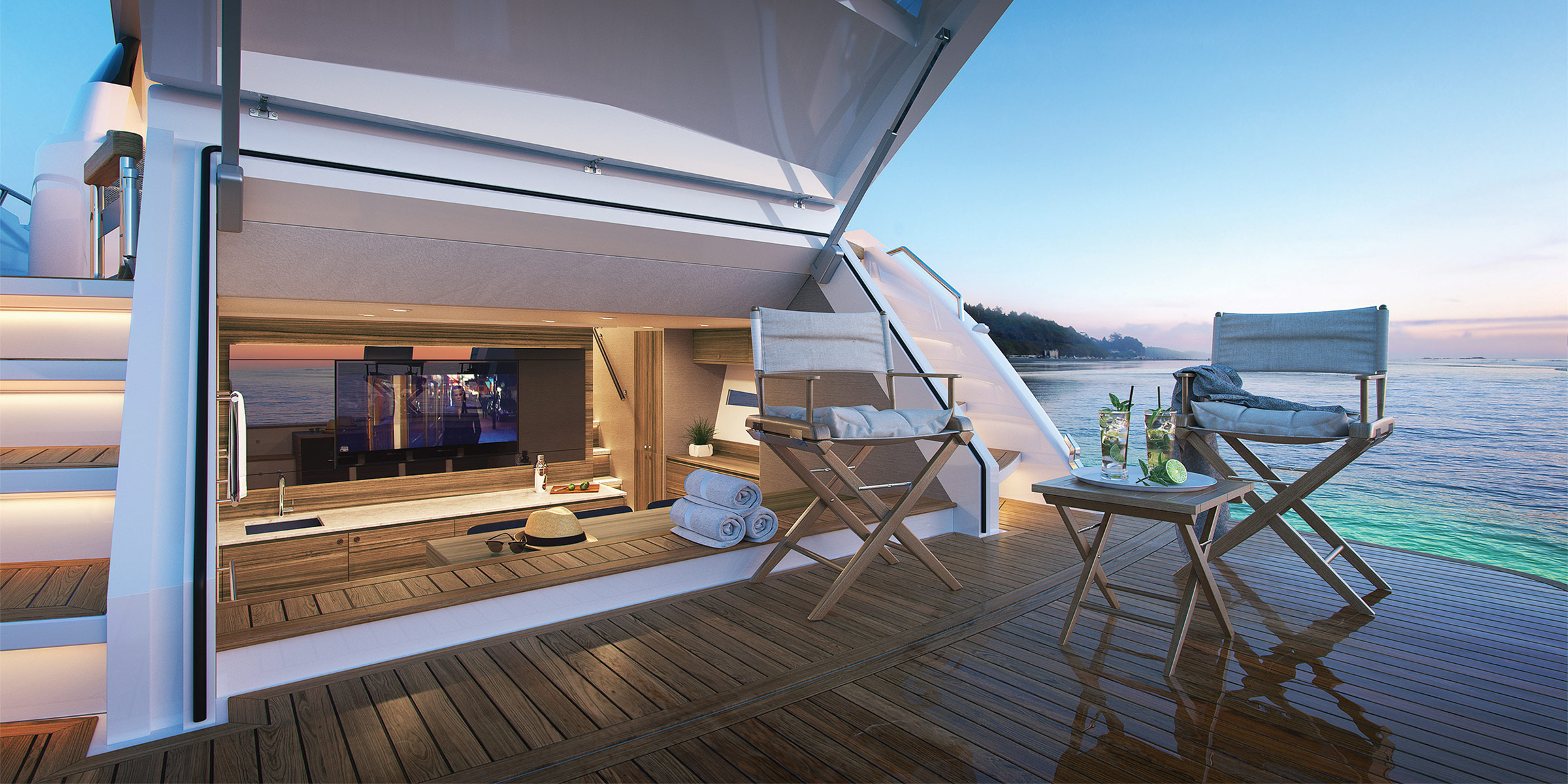 The much-anticipated debut of the exceptional X60 will be a highlight of this year’s SCIBS, 24 to 27 May on Queensland’s Gold Coast.

As Tom explained “The ground-breaking feature of the X60 is the addition of an aft cabin, flexible to customer needs. It can function as a Beach Club + ensuite, Queen Stateroom + ensuite, Twin Single + ensuite, or Garage + laundry + ensuite, which is extremely versatile for a vessel this size.”

Crucially, for owners seeking one-touch control and positioning for their high-tech motor yacht, the Twin Disc and Seakeeper package performs.

When Twin Disc introduced its Express Joystick System® (EJS®) and Express Positioning® technologies, it ushered-in a new era of vessel control for recreational and commercial operators. Now, this state-of-the-art combination has been enhanced with a Variable Idle Mode. Engine idle is automatically lowered to reduce noise and vibration, and increase fuel economy, especially when station-keeping. 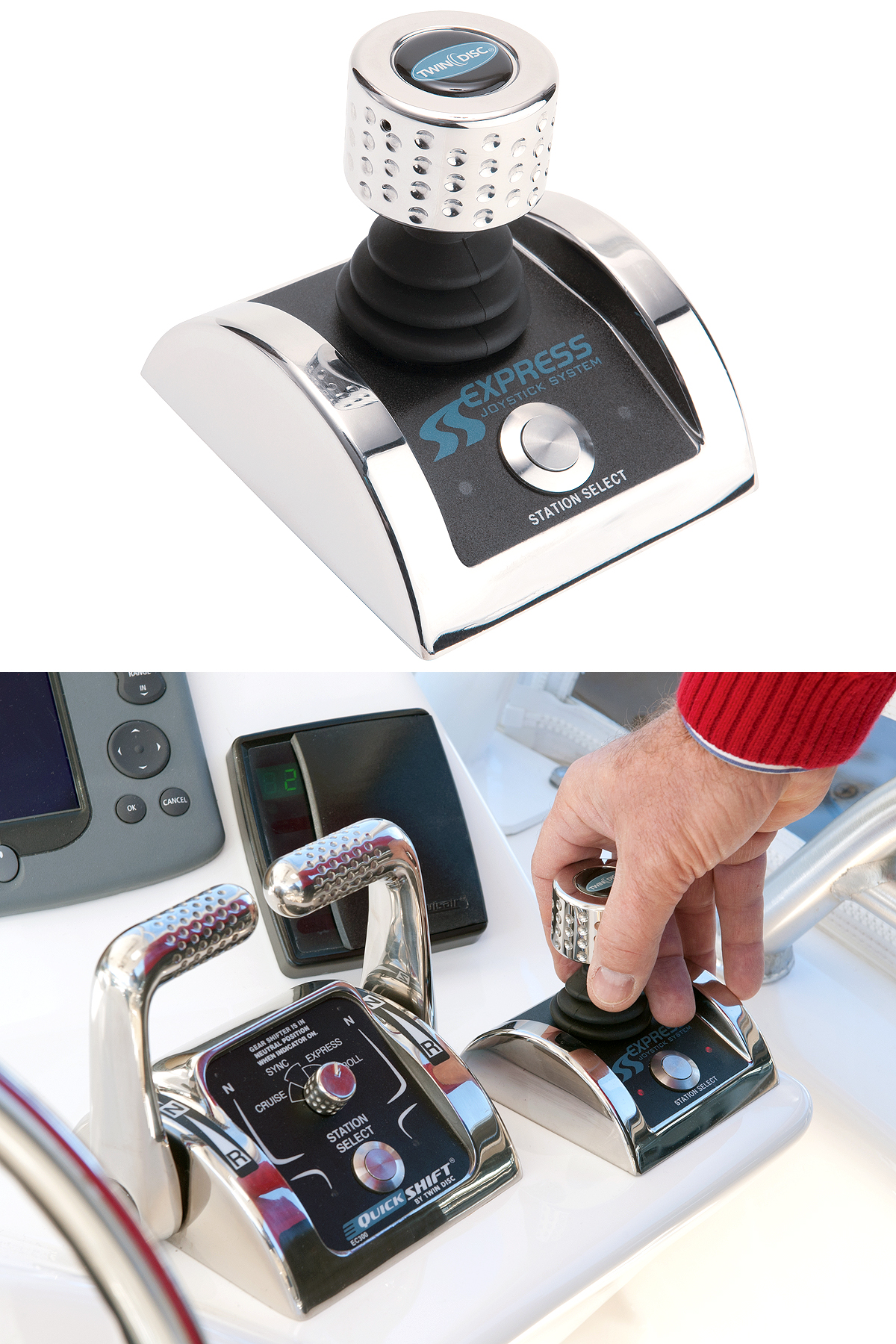 Bill Barry-Cotter specified the Twin Disc Joystick control on his pride and joy, the new S70 – the brand’s flagship and largest vessel to date. Bill, along with some other boat builders and owners, requested Variable Idle Mode to make the system even more sensitive and quiet.”

“The updated system allows for greater sensitivity and touch when applying the Joystick in the desired direction, using minimal thruster and engine RPM for light movements on the Joystick, ramping up when more force is called for by the Joystick movements,” said Bill.

“The updated system is proving very successful, with a drastic reduction in engine noise, and increased usability in docking and station hold situations.”

But the real test is the opinion of Bill’s better half, Lesley, who described the Twin Disc set up as “certainly more inviting and approachable”.

“It has eliminated the panic I used to feel when I had to manoeuvre the boat. Now I am looking forward to many relaxing boating days on our new boat.”