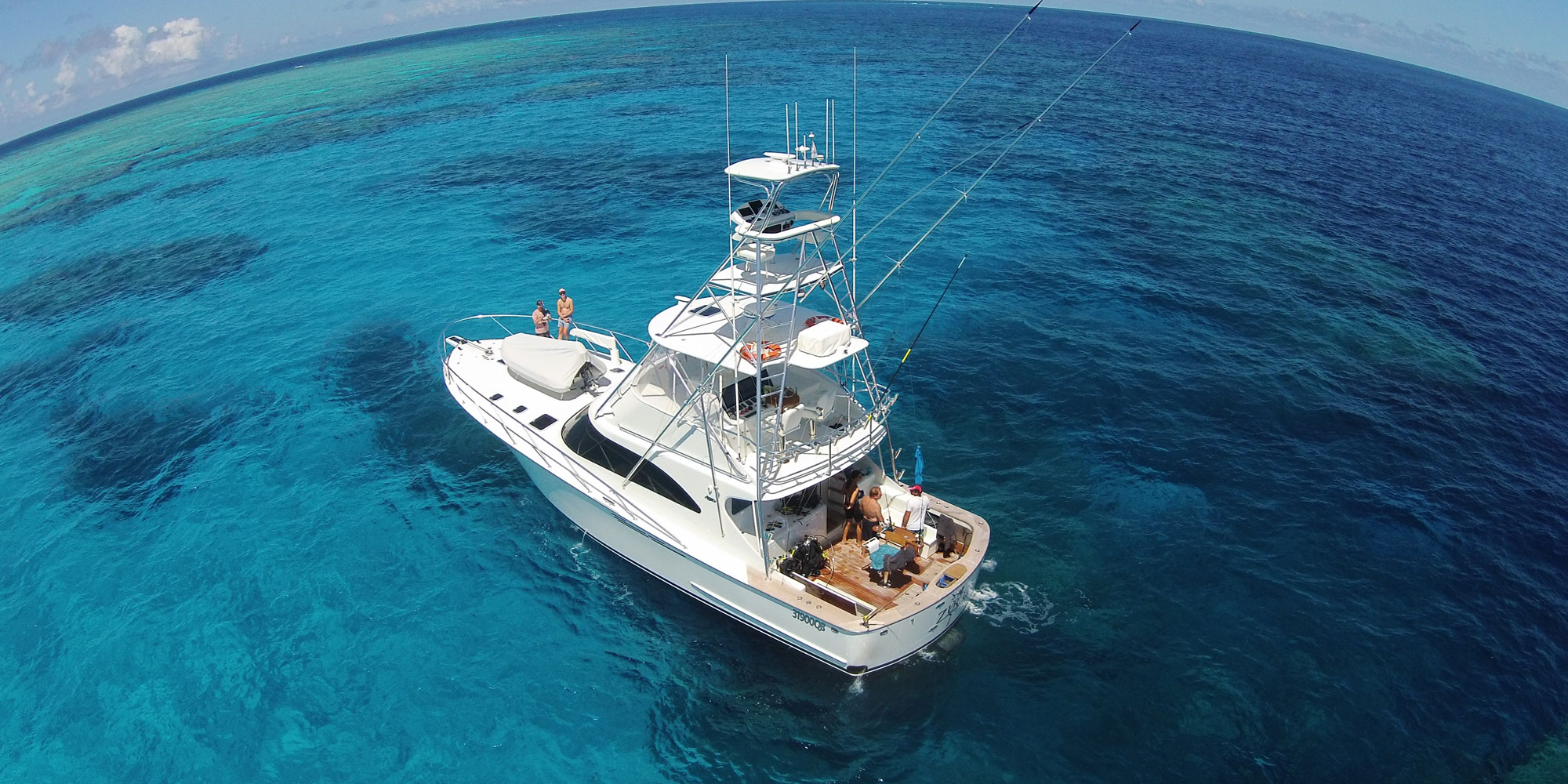 Winner of the same tournament in 2015, the year of her launch, ZULU is a 54ft custom-built Assegai, considered one of the most technologically-advanced game boats on the water, fully equipped with Twin Disc Quickshift® Transmission, Express Joystick System, Express Positioning System and Seakeeper M8000 stabilizer.

A significant fixture on the heavy tackle calendar, run by the Lizard Island Gamefishing Club, this year’s tournament attracted a diverse fleet of 14 vessels. The competition was fierce and conditions perfect.

At the helm of ZULU was Captain Casey Dent, with the boat’s owner, Chris Ellis and his two guests. The team won the event with 13 tags, one of them the most coveted ‘Grander’ – an estimated thousand-pound behemoth that, like its fellow fish, was tagged and released.

Fishing around legendary Lizard Island, a magnet to the world’s serious anglers, the tournament took place with vessels spreading themselves across the Ribbon Reefs in search of giant marlin.

ZULU operates its heavy tackle charter offerings over three months, with back to back live-aboard trips during peak charter season from September to mid-December. 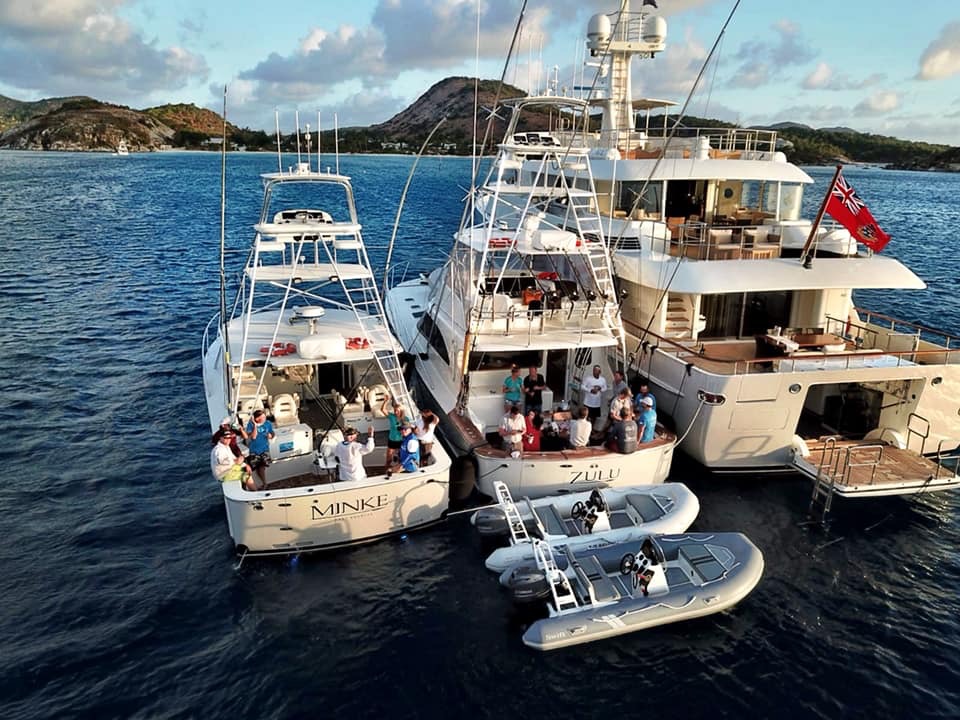 ZULU competed alongside MINKE, the owner’s newest addition to his charter fleet, a 40ft Assegai Express which also features the full Twin Disc package and Seakeeper gyro. Both vessels enjoyed mother-shipping alongside their own ‘BELUGA’, which welcomed crew and competitors aboard each afternoon for rest and recuperation in 5-star charter luxury.

Conditions were ideal, winds topping 15 knots throughout the seven days of fishing and water temps ranging between 26 and 27 degrees, with a northerly current and fantastic water quality, according to Captain Casey.

After a stint of light tackle trolling for bait each morning, targeting mackerel and tuna (which was frequently served up as sashimi for supper!) the team aboard ZULU headed out further in search of marlin.

“For heavy tackle marlin fishing, the Twin Disc Quickshift gearbox is easy to use when you’re fighting fish,” explains Casey. “It allows you to go in and out of gear with plenty of throttle without damaging the gears”

“I can employ Troll mode, allowing me to tow my baits down sea in rough conditions without pulling the baits out of the outrigger clips.

“We have a fleet of luxury charter vessels – ZULU, LEVANTE, MINKE and BELUGA X. Our vessels are regularly combined and chartered together which require us to raft up to out at sea sometimes in unfavourable weather conditions. The Express Joystick System is a fantastic tool for efficient manoeuvrability and confidence in situations where there is little room for error.

“The Twin Disc Express Positioning System allows me to leave the helm to adjust ropes and fenders with the confidence that the boat is not going to drift. We can hold the boat’s GPS position with the push of a button.” 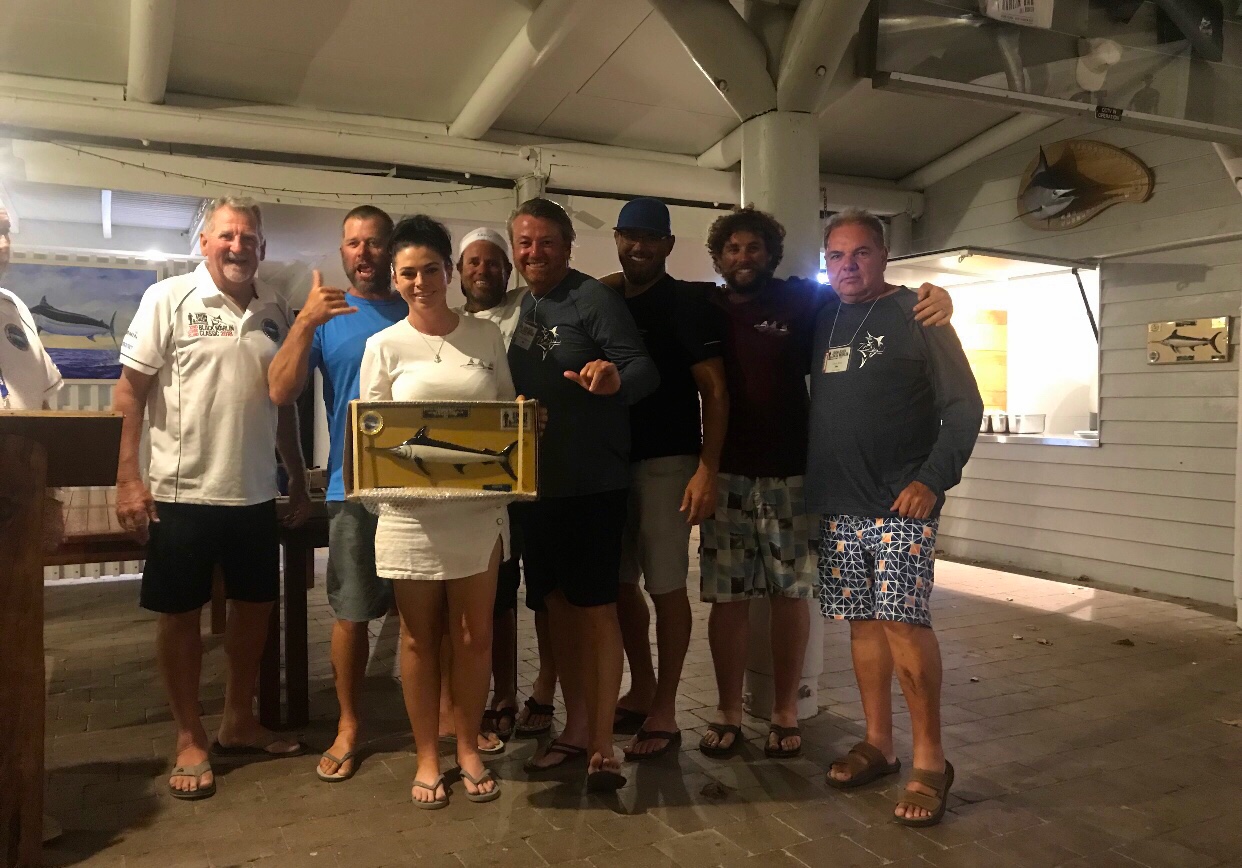 As for the Seakeeper M8000 onboard ZULU, Casey says “The combination of the Twin Disc systems and the stability of the Seakeeper stabilizer go hand in hand when creating the ultimate vessel”.

“For fatigue management and comfort in all conditions, including sleeping well at night, the Seakeeper is vital.

“The benefits of installing a Seakeeper stabilizer on both recreational and commercial vessels are game-changing. We have the confidence to book charters not matter what the weather conditions, knowing that 20knot+ days are fishable and safe for both our clients and crew.

“No drinks or plates sliding off tables, no sea sickness and we can host a sit-down lunch even in a swell outside the Reef during marlin season.

“The Seakeeper is a great selling point as it encourages the less adventurous and nervous guests to step on board. The combination of these systems allows us to provide a professional, reliable and comfortable operation.” 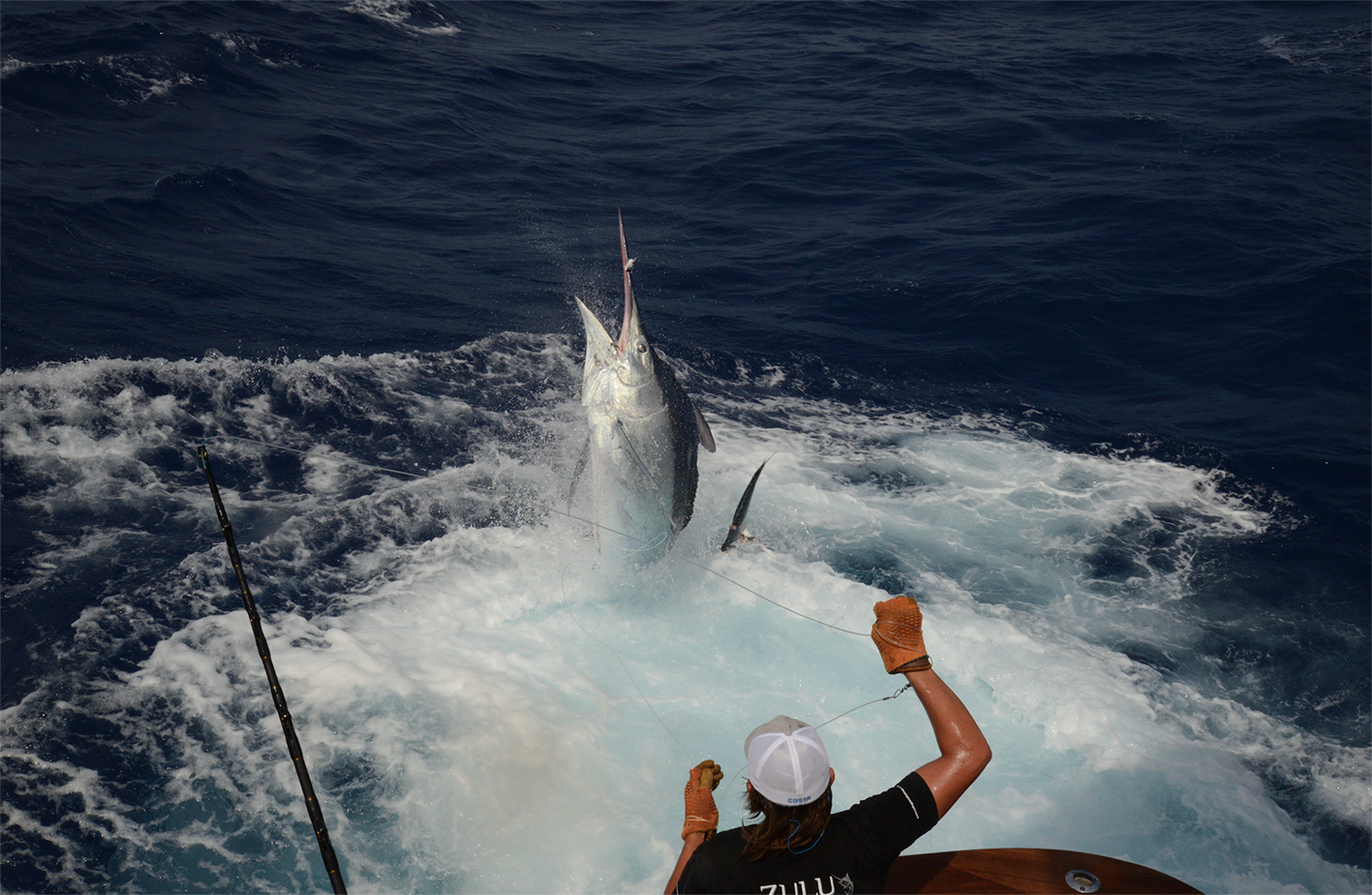 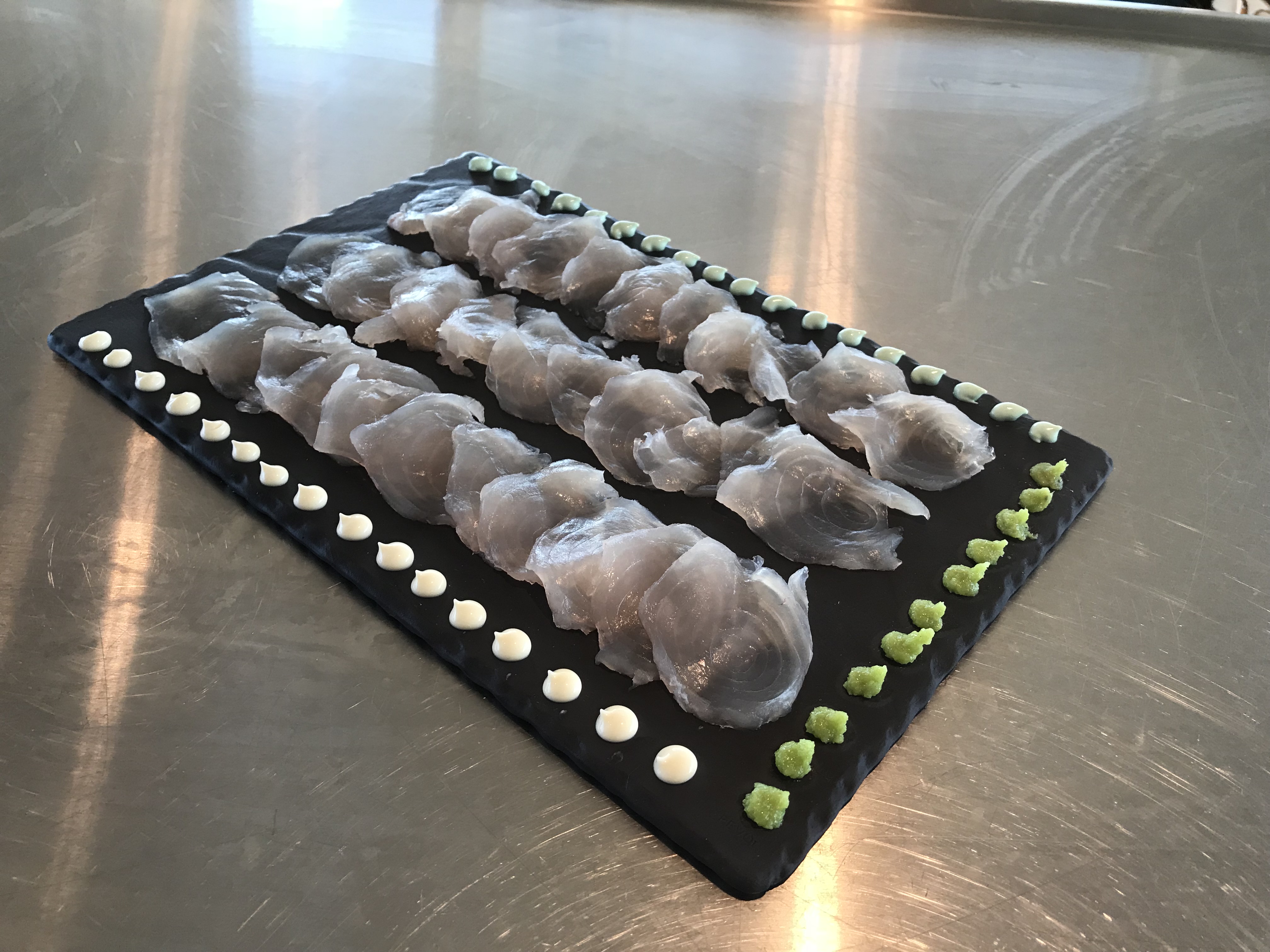